There are some very interesting startups that are taking the technology to the masses and solving problems for the bottom of the pyramid. The mobile phone has allowed innovations like mCommerce to reach banking and healthcare where not earlier possible. 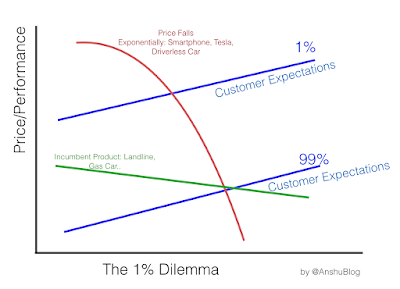 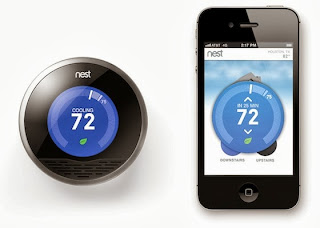 The Lock Suitable for Kings. Only $199 for a lock.

Let’s look at why this seems to work so well, and for what kind of innovations.

Innovation at the Top of the Pyramid – The Future is Rich and Lives in Kansas
One way to imagine what goods and services we all will have access to two to three years out is to look at what the relatively rich are doing today. Electric cars are going to be affordable for all as Tesla builds scale and moves down market and competitors license its technology or build their own versions. We will all get access to slim Macbook Air like computers in years to come as it becomes the industry de facto.

As an entrepreneur, you can essentially project into the ‘future’ by catering to the needs of those who ‘live’ in the future – due to their ability to spend more. In fact, income is just one way to project into the future – you can also target certain geographies. For example, cities with Google Fiber in US, and high bandwidth wireless cities in Korea and Japan where the future has arrived early. When you build a product that meets the needs of these ‘future cities’ and ‘future people’, you are solving a problem that will eventually be relevant to the masses and you would have multi year lead over your competitors.

In the Future, Everyone is Rich (Metaphorically Speaking)
Well, we all know that this is not a true statement in the literal. But if you look at how even the modest among live today, we have a life style that would be the envy of the rich from a few decades ago – airconditioning was rare, access to good entertainment (or any entertainment) was rare, travel was difficult and slow, beds had bugs and no one was immune to the diseases we all have magical immunity to today thanks to vaccine and antibacterial drugs. You don’t have to go 100 years back to feel good. Just compare what you and I can do with a modest smartphone today compared to even 10 years ago.

The Moore’s law and its partners – have essentially lowered the cost of access to all kinds of amazing innovations and inventions. Essentially rendering us rich. Just yesterday, I was interrupted by a minimum wage security guard who was just doing his job – by taking pictures of the shared BBQ areas on his Android phone with an app to do his job!

What this means to you in practical terms is – if you build the product at a price point that is only accessible for the relatively rich, your product over time should get cheaper and become accessible to a much larger market. I believe this will be true of over-priced connected locks, of personalized medicine, of 3D printing, of driverless cars, of learning thermostats and so many more amazing innovations. They all look a bit expensive today – even outrageous when you compare them to their mass produced competitors. But its easier for prices to magically go down  (scale & time do that) than it is for your low end product to magically become better (never happens on its own).

The Rich are Multiplying like Rabbits
The income gains of last few decades have all gone to the relative few.The number of households making more than $100K in the US has actually gone up a lot in the last 20 years. So while our median household income is not rising as fast at least here in the US, the number of high income households is exploding. The rich though are getting created through income growth not exactly reproduction – in fact, the fertility rates go down as incomes go up.

Now if you take into account the new millionaires in China and India, the number of people worldwide with high net worth and high disposable incomes is growing very rapidly as pointed out by this BCG report.

We have an opportunity to build products that meet the needs of the affluent mass market. Just as Starbucks raised the average price of coffee from less than a dollar to three to five dollars, the affluent are happy to spend money on products that deliver value.

In technology, we can see this in how how well products from Apple do – not just in volume (which is respectable) but more importantly in profitability.

To me, the following products represent the products that meet the ‘needs’ of the affluent mass market.
– Apple iPhone
– Apple iPad
– Starbucks
– Tesla (early and at the top end)
– Prius
– Organic foods (we all want good food, only some of us can afford it) – see China
– The Trunk Club

Target: $250K
Consider building products that may only seem to appeal to those that may be making $250K per year or more. Or if you want to go little more mass affluent, target household income of $100K which in places outside of San Francisco and New York still gets you a lot of disposable income.

The best part about this is you can now think in a new constraint. (No constraint is usually a bad idea). Take the products you don’t like and think what you could build for 2 to 10x the price!

Lately, I have met a host of entrepreneurs and friends with startups that are looking for just some input on their investment pitch and general feedback on their product and go to market strategy. I am really impressed by the products built and problems being solved but if I had to summarize my feedback, it boils down to just one question – is it repeatable?

You have Customers
So you have cracked the nut on the key challenge faced by many entrepreneurs. You not only have users and usage (the two are different) but you also have the magical paying user also called a customer. At first glance, the customer is not that unique and in theory you should be able to find hundreds if not thousands of such customers. But wait, the customer-product interaction is unique – you either modified it for them in a unique way or they are using it in a manner that cannot be replicated by others. For example, let’s say you built a Segway (yes!) and sold it to a man or a woman who uses it for transportation – a market of millions if not billions of people – except they are a mall cop. So while there are millions of people, you inaccurately inferred that your product is being bought by a 45 year old man – its actually bought by a 45 year old mall cop who works in cold weather in Minnesota. A market of may be 1000s.

You have Pricing
Another element of repeatability is pricing. Can you sell the product at the price point that you think you can? Again, if you select just the right customers, you can prove that your storage can be sold for $100 per GB – especially since you have sold it to dozens of users. Well, you are further along then the ‘halfway to freemium’ (yes nailed the free part) companies but you may be far from discovering your price at scale. Need an example of this – well, you can always find customers who will pay $100 or more for a burger but that will really not help you build a viable, scalable fast food business.

You have Distribution
You have done an excellent job and found a partner in Malaysia who is willing to sell your product and take 30% of the revenue. And he even has sold it to a few customers. Now this can be a very good thing if the Malaysian partner is a typical IT distributor but if he happens to be a power elite whose uncle knows the prime minister and you know him through your wife, its hard to see how this ever scales. This can give you some early revenue and lower your burn rate but does not prove the viability of your business.

When $1000 is better than $1M
The proof point that you as an entrepreneur should be looking for is some evidence that you have a product that is meeting the needs of a customer – and that this is repeatable at scale. Often times, we hear phrases like get to real revenues of millions of dollars but I think that confuses the point.

You are much more likely to succeed if you have a product that has revenues of $1000 per month in a manner that can be scaled up by adding resources like more sales and marketing than you are with a million dollar revenue arrived at by taking one off shortcuts. The latter can lead to finding a repeatable model too – after all millions in sales are nothing to sneeze at – but you are much better off realizing what you are trying to aim for – the repeatable business model – and not get distracted by secondary goals.

In fact, you can take advantage of this bias for repeatability – by purposefully testing your product with few sales & marketing resources  and getting to a small revenue and then taking the results of your successful experiment as proof of product market fit and repeatable business model. Most investors will salivate over the ability to then give you the capital you need to scale.